Structure consists of talented people who helped make Structure what it is today..

Nick Samiotis is a Greek-born American Citizen. Although highly accomplished in both school and athletics in Greece he wanted a taste of “The American dream”. He moved to The United States in 1970. He started working at a small pizzeria, and in a brief time, worked his way to Executive Chef at the Watergate Hotel. He moved on to opening several successful restaurants of his own throughout the Northern Virginia area. When building his restaurants Nick realized his love for general construction. He eventually decided to put his degree in Electrical Engineering to effective use and in 1990 N&S Construction was born. 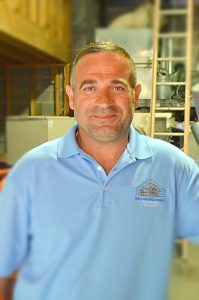 Andreas Profka’s life resembles his Father-In-Law’s. Although born in Albania, Andreas moved to Greece in 1995. Being only seventeen and not knowing the language did not stop him from finding work at the largest shipyard in Greece. In just a few short years he learned many skills and became a master welder.

Andreas moved to The United States in 2001 and started working for N&S Construction the next day. Over the years Andreas managed to learn all aspects of general construction, quickly worked his way to Project Manager, and became Vice President in 2017.

Nick and Andreas both credit their successes to their work ethic, honesty, and passion for the construction industry and their clients.

Have you found a high quality constructor for your project?